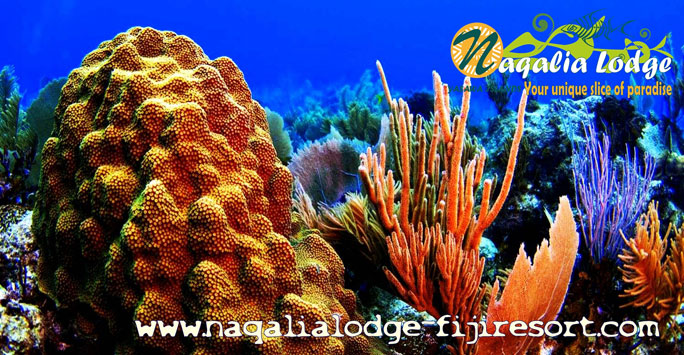 The coral reefs faces many threats, both natural and human influenced. After natural stress such as disease, predators, cyclones, earthquakes and volcanic eruptions, the corals tend to regenerate. For example, the coral eating Crown-of-Thorns sea star when present in huge numbers are rather devastating for the coral reefs and it may take some 20-40 years to recover, where damage is not severe.

It is the anthropogenic stress in the form of pollution, overfishing, and destructive fishing practices that causes major threats for the corals. Specially, the human caused carbon-dioxide rich atmosphere, and the resulting rise in sea temperatures, which may damage coral’s ability to recover. As the seawater heats up, coral expel the symbiotic algae (zooxanthellae) that continuously provide nutrients and their characteristic color, leaving the corals “bleached” – bright white. The coral reefs of Fiji, may tolerate sea temperatures up to only some 30°C before they loose their colors together with their essential food providing algae.