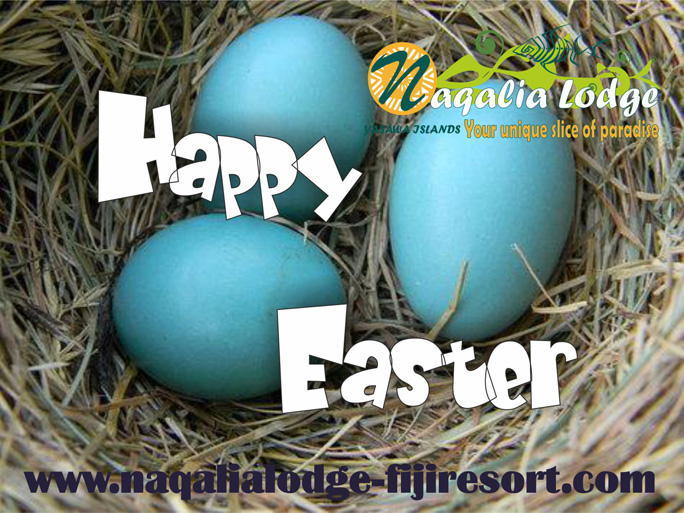 The Easter holiday can be the first chance that many of us get to have a break each year.
After the long months of winter it’s the perfect opportunity to get away for a holiday in the sun or can be a break for who lives in the south of the world before that the winter start, an exciting city break, or a chance to explore somewhere new ahead of the summer months.
Where will you go? Easter 2015 falls at the beginning of April (Easter Sunday is April 5th) Fiji is not far destination to get this Easter break but anyway can be a dream escape …for who cannot travel soon but start to plan a for a trip around the world , honey moon destination or just to explore the underwater world. Easter, which celebrates Jesus Christ’s resurrection from the dead, is Christianity’s most important holiday. It has been called a moveable feast because it doesn’t fall on a set date every year, as most holidays do. Instead, Christian churches in the West celebrate Easter on the first Sunday following the full moon after the vernal equinox on March 21. Therefore, Easter is observed anywhere between March 22 and April 25 every year. Orthodox Christians use the Julian calendar to calculate when Easter will occur and typically celebrate the holiday a week or two after the Western churches, which follow the Gregorian calendar.
The exact origins of this religious feast day’s name are unknown. Some sources claim the word Easter is derived from Eostre, a Teutonic goddess of spring and fertility. Other accounts trace Easter to the Latin term hebdomada alba, or white week, an ancient reference to Easter week and the white clothing donned by people who were baptized during that time. Through a translation error, the term later appeared as esostarum in Old High German, which eventually became Easter in English. In Spanish, Easter is known as Pascua; in French, Paques. These words are derived from the Greek and Latin Pascha or Pasch, for Passover. Jesus’ crucifixion and resurrection occurred after he went to Jerusalem to celebrate Passover (or Pesach in Hebrew), the Jewish festival commemorating the ancient Israelites’ exodus from slavery in Egypt. Pascha eventually came to mean Easter. Happy easte from Naqalia lodge staff

Categories: honeymoon travelling around the world