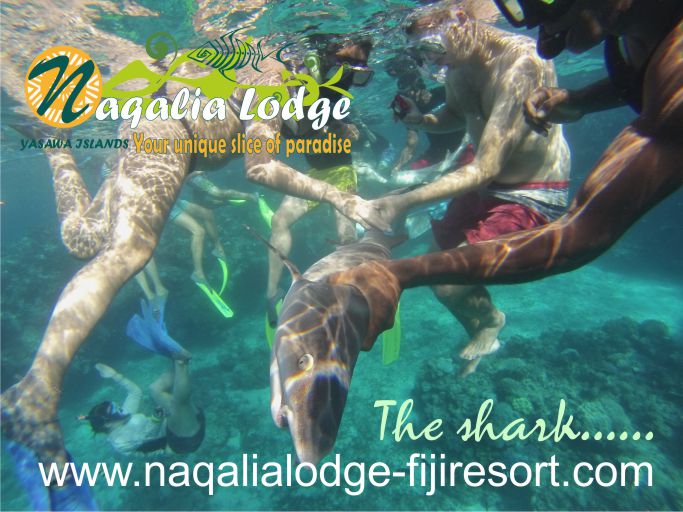 One of the most common sharks found on Indo-Pacific coral reefs, the whitetip reef shark occurs as far west as South Africa and as far east as Central America. It is typically found on or near the bottom in clear water, at a depth of 8–40 m (26–131 ft).During the day, whitetip reef sharks spend much of their time resting inside caves. Unlike other requiem sharks, which rely on ram ventilation and must constantly swim to breathe, this shark can pump water over its gills and lie still on the bottom. At night, whitetip reef sharks emerge to hunt bony fishes, crustaceans, and octopus in groups, their elongate bodies allowing them to force their way into crevices and holes to extract hidden prey. Individuals may stay within a particular area of the reef for months to years, time and again returning to the same shelter. This species is viviparous, in which the developing embryos are sustained by a placental connection to their mother. One of the few sharks in which mating has been observed in the wild, receptive female whitetip reef sharks are followed by prospective males, which attempt to grasp her pectoral fin and maneuver the two of them into positions suitable for copulation. Females give birth to one to six pups every other year, after a gestation period of 10–13 months. Whitetip reef sharks are rarely aggressive towards humans, though they may investigate swimmers closely. However, spear fishers are at risk of being bitten by one attempting to steal their catch.