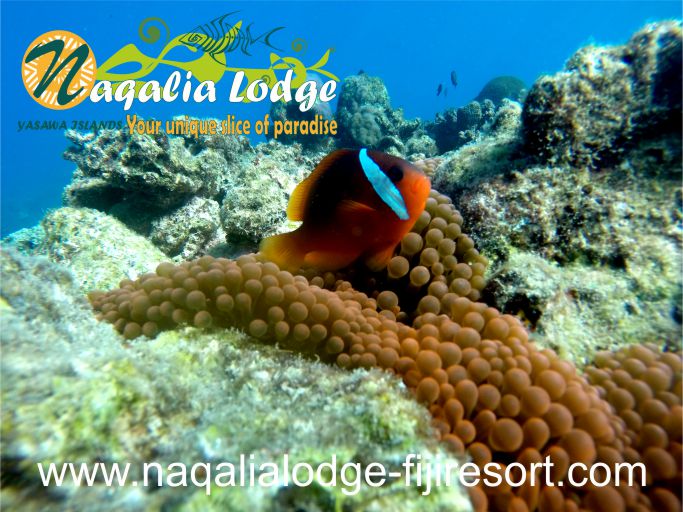 In coral reefs, some marine animals solve their problems related to the supply of food and looking for a place to live in associations with other organisms. When two or more organisms live together obtaining both a benefit from this partnership we speak of mutualistic symbiosis. If only one has advantages while the other is indifferent one speaks of commensalism. Is defined parasitism finally the situation in which one of the two partners also benefits at the expense of the other.The association between clown fish and anemones in the past it was considered a form of commensalism because it was thought that only fish allowed to make his benefit. Today we talk instead of mutualistic symbiosis because it has been shown that the anemone has advantages from this association. Fautin, Westfall et al. (2004) showed in the reef in Eilat (Israel) that individuals Entacmea , living in symbiosis with Amphiprion Bicinctus, expanding their tentacles more frequently than anemones deprived of their guests. When the fish were removed some clown anemone fish attacking the butterfly causing contraction and withdrawal within the cavity. The return of clownfish determined immediately a new expansion of the tentacles dell’anemone, this reaction leads to significant benefits because the distension of the tentacles promotes photosynthesis of zooxanthellae symbionts.
In the case of clownfish the advantage of such an association is primarily in protection from predators through the nematocysts in the tentacles dell’anemone present. The fish is not attacked by the nematocysts because covered by a layer of mucus similar to that which covers the tentacles dell’anemone.
Even feeding the fish is favored, in a study on the behavior of Amphiprion clarkii during spawning A. Scott (2006) noted that fish were feeding on the gametes released . In this case, however, because of the importance it can have the success of reproduction in the maintenance of the species, it is certainly not possible to assert that the combination results in a benefit to both partners